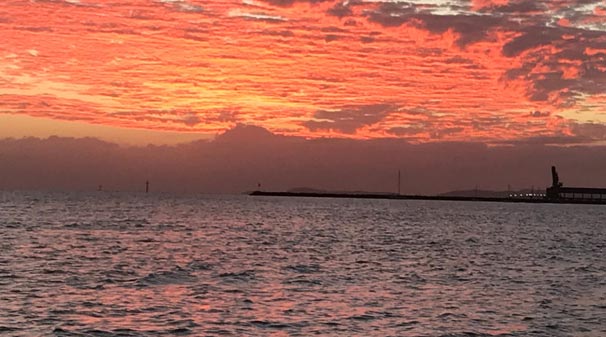 To view the data from the buoys, click here. 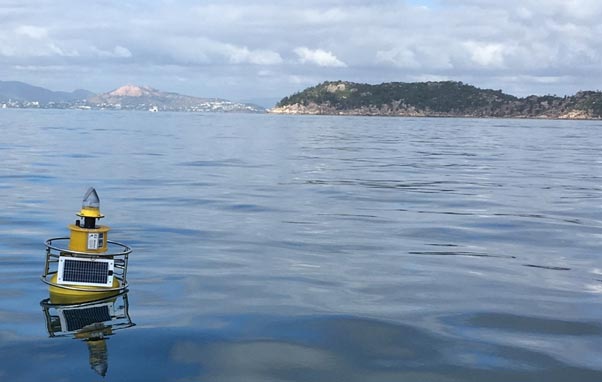 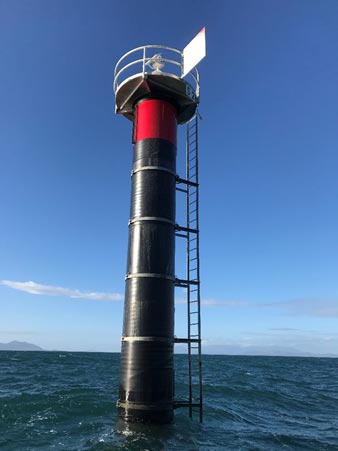 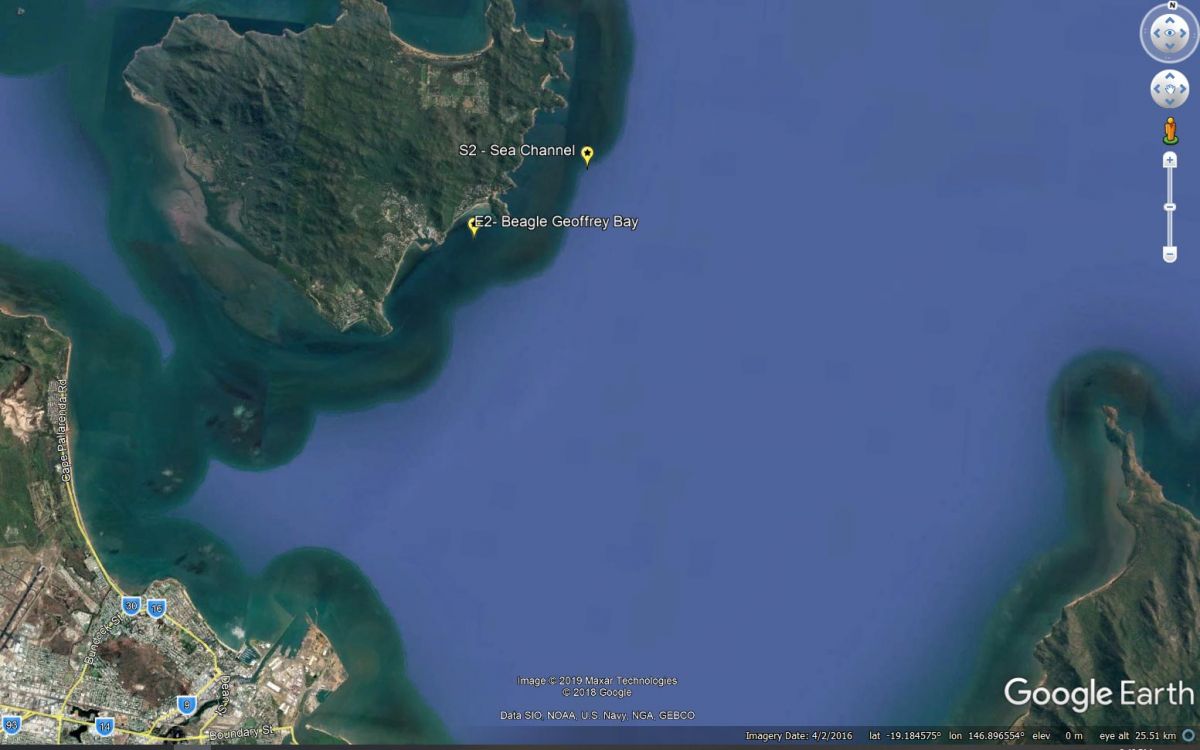 Water quality is measured at a navigational channel marker in Cleveland Bay at a location referred to as pylon S2, and also at Geoffrey Bay, Magnetic Island. The buoy Beagle, located at Geoffrey Bay, was named by the Port of Townsville’s Community Liaison Group to reflect regional and port history. HMS BEAGLE was a survey ship that surveyed these waters in 1841 on its first voyage, on the second voyage of the vessel the naturalist Charles Darwin was aboard, and this was his trip of discovery.

The water quality buoys measure water quality at approximately 1m below the water surface. Individual water quality sensors measure temperature, conductivity (EC) and turbidity. Each Sonde has a mechanical wiper to prevent biofouling of the sensors. Sensors are calibrated according to manufacturer’s guidelines and changed out regularly to ensure data accuracy.

Raw data from the sensors is collected every 15 minutes via a data logger on the buoy and transmitted by mobile network to a data server. Data is then averaged over the hour and made available on the website. Raw data is reviewed for quality control purposes to flag data points that are related to faulty sensors, outside calibration ranges or outside of ranges compared to other nearby buoys/stations.

Disclaimer: Whilst Port of Townsville Limited (POTL) has taken care in the preparation of all information, neither POTL, any related body corporate of POTL nor any of their officers, employees, consultants, officers, advisors or agents gives any warranty, nor makes any representations (express or implied) as to the completeness, adequacy, suitability, quality or accuracy of this information. Users of this information do so at their own risk and are responsible for ensuring that the information meets their requirements for any proposed usage.

The water quality buoys measure temperature at approximately 1m below the water surface in degrees Celsius (oC). Temperature will be affected by ambient temperatures (summer vs winter), riverine inflows and tidal mixing (wave action). Water temperature is important in the functioning of aquatic ecosystems and can affect the diversity and distribution of marine organisms including seagrass, corals and fish.

Electrical conductivity, or conductivity for short, is a measure of the saltiness of water. The water quality buoys measure conductivity at approximately 1m below the water surface in microsiemens per centimetre (µS/cm). Conductivity in the ocean is typically in the range 50-55,000 µS/cm, however conductivity in Cleveland Bay can be affected by freshwater inflows in times of floods and cyclones. Aquatic ecosystems function within a typical conductivity range and changes outside of this can stress organisms.

Turbidity is caused by particles suspended or dissolved in water that scatter light making the water appear cloudy or murky. Increased turbidity in water decreases the amount of light that can penetrate below the surface. Light penetration is important for the health of ocean plants (like seagrass) and algae that live on some corals to make food (photosynthesis). Historical records show that turbidity occurs on average 220 days of the year for water depths up to 5 metres due to wind and current resuspension. This means that the shallow areas of Cleveland Bay are naturally turbid for a about two thirds of the year.

The water quality buoys measure turbidity at approximately 1m below the water surface in NTU’s (Nephelometric Turbidity Units). The term Nephelometric refers to the way the instrument estimates how light is scattered by suspended particulate material in the water. The Nephelometer, also called a turbidimeter, has a photocell (similar to the one on your camera or your bathroom nightlight) set at 90 degrees to the direction of the light beam to estimate scattered rather than absorbed light. This measurement generally provides a very good correlation with the concentration of particles in the water that affect clarity.

Seagrass communities’ health is one indicator that reef managers can use to understand the overall health of the marine environment. Port of Townsville Limited commissions an annual Seagrass Health Survey in Cleveland Bay which is carried our by James Cook University's Centre for Tropical Water & Aquatic Ecosystem Research (TropWATER).

The annual survey maps areas of seagrass meadows as well as species types and density. Surveyors from JCU record observations at hundreds of sites in Cleveland Bay and track changes over time.

Water Quality in Cleveland Bay plans can be downloaded below. The Port of Townsville also publishes a suite of comprehensive, easy to understand Fact Sheets available to view here: https://www.townsville-port.com.au/environment-community/environment-planning/fact-sheets/

A Federal Government restriction is current for all international cruise ships entering into Australian waters until 17 June, 2021.