Dredging is a vital aspect of port operations not just here in Australia but worldwide as without periodic dredging ships could not be assured safe passage into berth.  Dredging removes sand, silt, mud and rock from the ocean floor where it has collected through natural processes such as wind or wave action.  Two types of dredging are conducted by the Port: 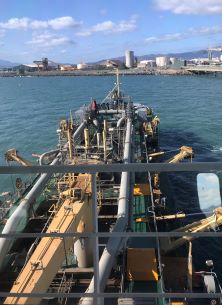 The Port is legally required to maintain a safe shipping channel and harbour to provide an efficient port which services the North Queensland community.  The Port of Townsville is currently linked to national shipping routes by a 14 kilometre long and 92 metre wide channel through Cleveland Bay.  This channel is maintained to a depth of 11.7 metres to enable ships up to 238 metres to safely enter the Port.  To keep the channel open to shipping, the Port has been carrying out maintenance dredging in Townsville since 1883.  It also maintains appropriate depths so that commercial (ferries, barges and trawlers) and recreational boats can continue to access Ross Creek, Ross River and the Marine Precinct.

A maintenance dredge campaign is usually conducted once a year for around 4-5 weeks, depending on the amount of sediment building up in the channel and harbour.  The Port’s Hydrographic Surveyors use specialist equipment and carry out detailed surveying four times per year to measure the depth of the port infrastructure and monitor the volume of sediment building up.  The survey results are measured against the approved navigational depths for the Port; anticipated shipping tends, and projects or developments that may affect navigational requirements.  The Port works closely with the Maritime Safety Queensland Regional Harbour Master to determine when maintenance dredging is required.

A Long-Term Maintenance Dredging Management Plan (LTMDMP) has been approved by Federal and State regulators in accordance with both the Federal and Queensland State guidelines.  The LTMDMP outlines the Port’s management approach and framework for continual improvement in environmental performance for maintenance dredging.  The plan:

Both the Ports of Townsville and Lucinda have been captured within this plan to satisfy the requirement that all World Heritage Ports have a LTMDMP. However, it is important to note that no maintenance dredging is conducted at Lucinda nor is this expected to change.

A number of gaps and suggested improvements were raised during the public review and submissions period for the LTMDMP. The Gap Analysis Action List identifies the major gaps, along with the timeframes in which they can be reasonably achieved to improve the LTMDMP.

The LTMDMP has also considered and incorporated Port Australia’s Code of Practice for Dredging and Dredged Material Management and taken into consideration a range of research and monitoring undertaken by the Queensland Ports Association (QPA) under the Reef 2050 Long Term Sustainability Plan.  The Port worked with the QPA and other Great Barrier Reef ports on a study to address Water Quality Action 17. A report was prepared by BMT WBM Pty Ltd, which details a quantitative sediment budget of the entire Great Barrier Reef and regions surrounding the Great Barrier Reef ports.  The report has also been the subject of independent peer review by Dr Andy Symonds from Port and Coastal Solutions Pty Ltd.

The Port is committed to continuing consultation regarding maintenance dredging with its Technical Advisory and Consultative Committee (TACC), comprising regulators and scientific experts.  The results of ongoing research and monitoring and any campaign-specific impacts are presented, reviewed, and discussed with the TACC on an annual basis. 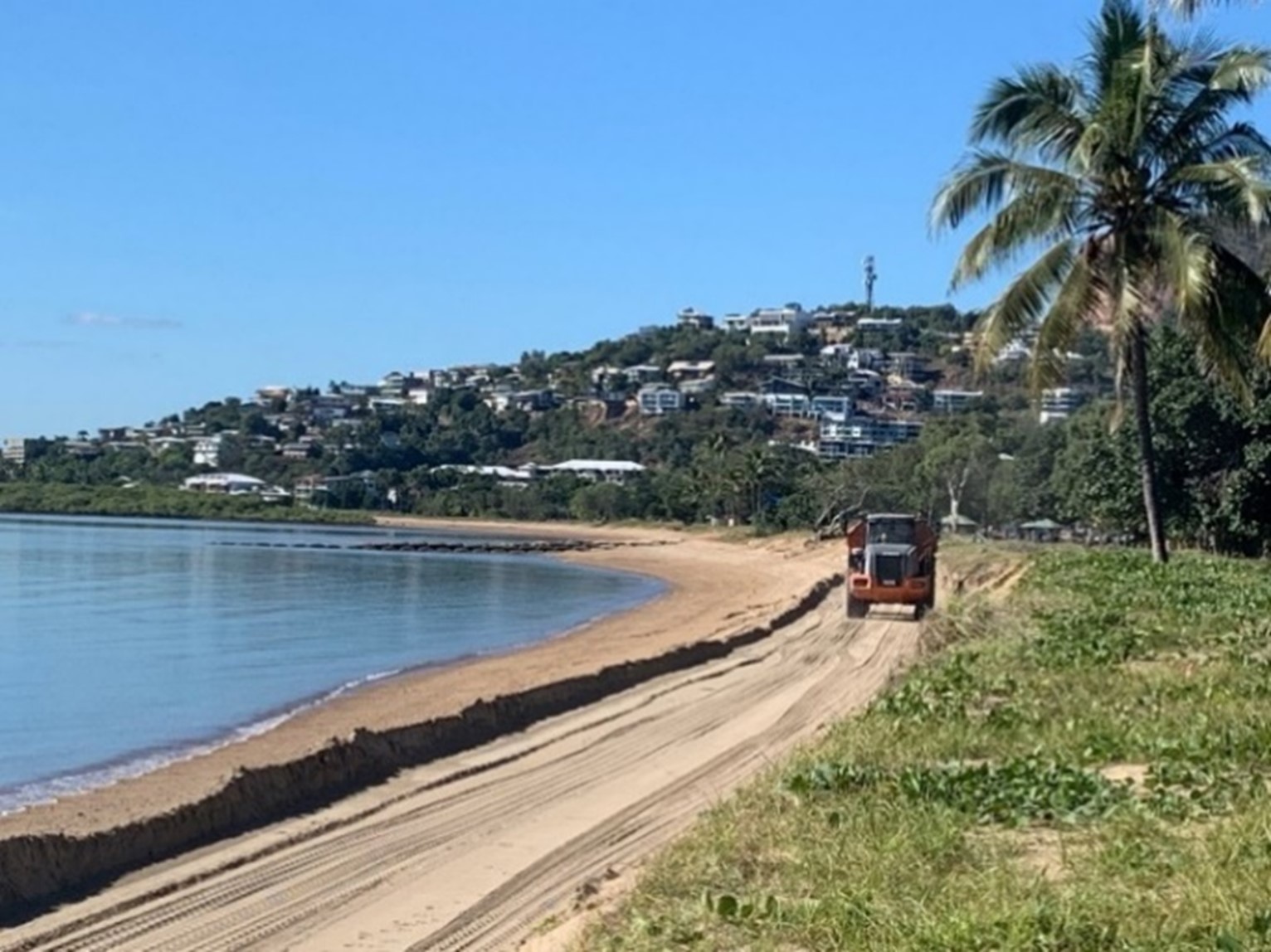 As part of the LTMDMP, the Port looks for opportunities to beneficially reuse dredge material.  An example of this is the recent beach re-nourishment of the Rowes Bay beach.

In early 2019, Townsville experienced a significant monsoon event which produced over one metre of rain in eight days. On 3 February 2019, the Ross River dam reached 245% of its capacity.  During this significant rainfall event, 1.13 million metric tonnes of water was released from Ross River dam into Cleveland Bay resulting in erosion of local waterways and coastal areas, including erosion of Rowes Bay beach.

As part of the city’s recovery effort following this flood, sand that had been dredged from Ross River was placed at Rowes Bay beach to replace the beach sand eroded during this event.  This was completed in 2019 and 2020 to recover from this unprecedented event.

The Port provided approximately 10,000-15,000 cubic metres of beach sand to restore approximately 800 metres of the section worst impacted by the monsoon event.  This reduced the cost of the project to Townsville City Council allowing more sand to be used to replenish Rowes Bay beach.  The ability to reuse sand to replenish Rowes Bay is a great ongoing sustainable solution to supporting the restoration of Townsville’s foreshore.  The Port was delighted to contribute to the local community by providing this sand to Townsville City Council as it also helps the Port achieve its goal of increasing the beneficial reuse of dredge material.