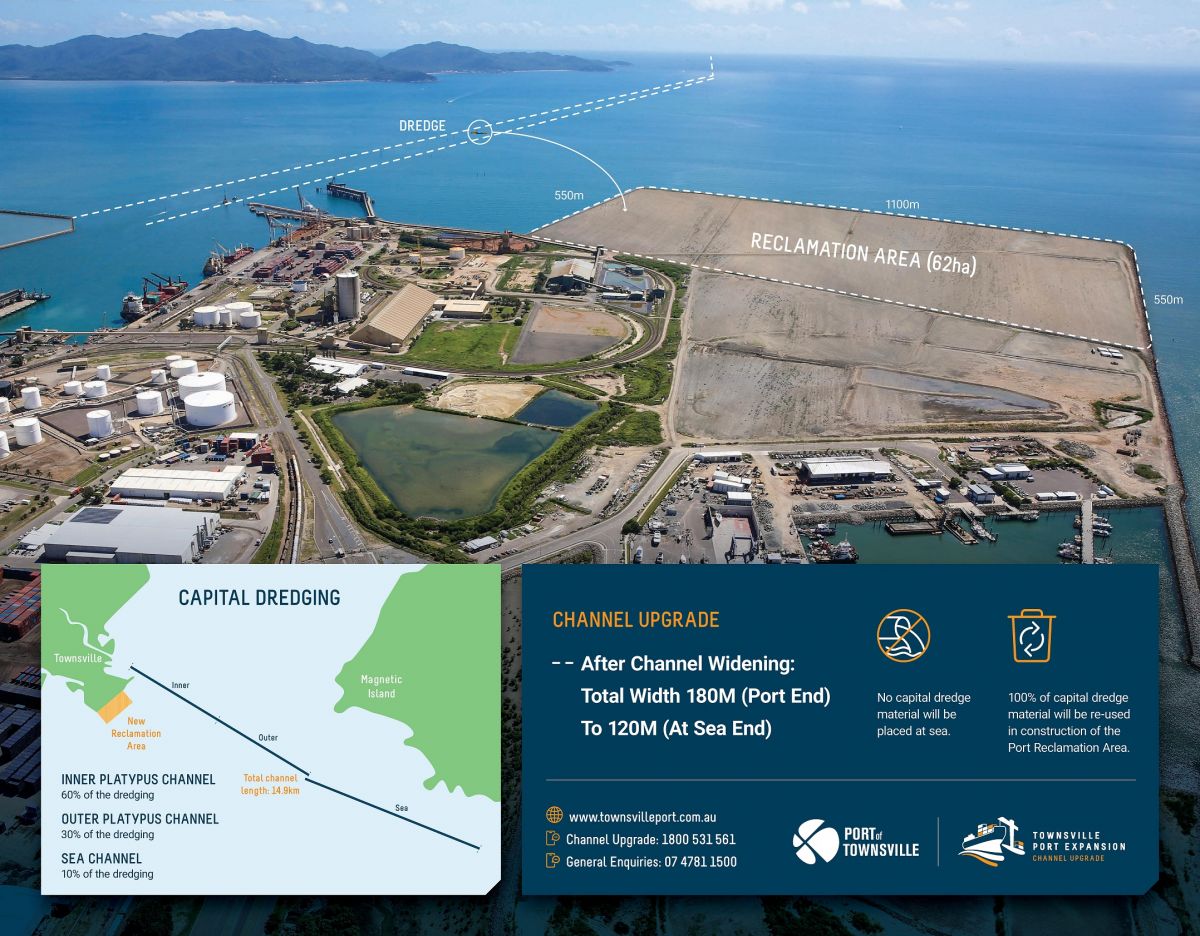 The Port of Townsville is the largest commercial Port in Northern Australia but, at just 92 metres, the shipping channel is one of the narrowest in the country. Currently, vessels up to 238 metres in length can safely access the Port. Ships are getting larger, so the Port needs to adapt so that it is able to service the needs of North Queensland's mining, defence, agriculture, construction, vehicle and tourism industries.

The $1.6 billion Port Expansion Project (PEP) is a long-term development plan for the port. It includes capital dredging for channel widening, land reclamation to develop a new outer harbour, wharves, and associated infrastructure to be constructed by 2040.

Stage one of the Port Expansion Project is the $232 million Channel Upgrade project that will deliver a wider shipping channel and a 62 hectare port reclamation area. 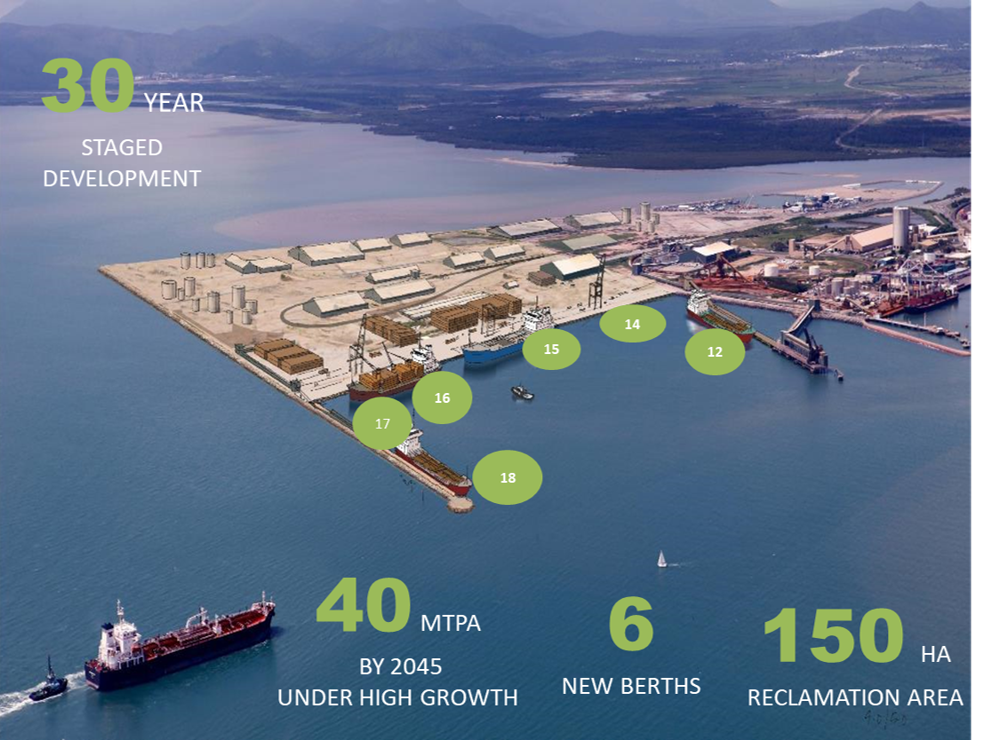 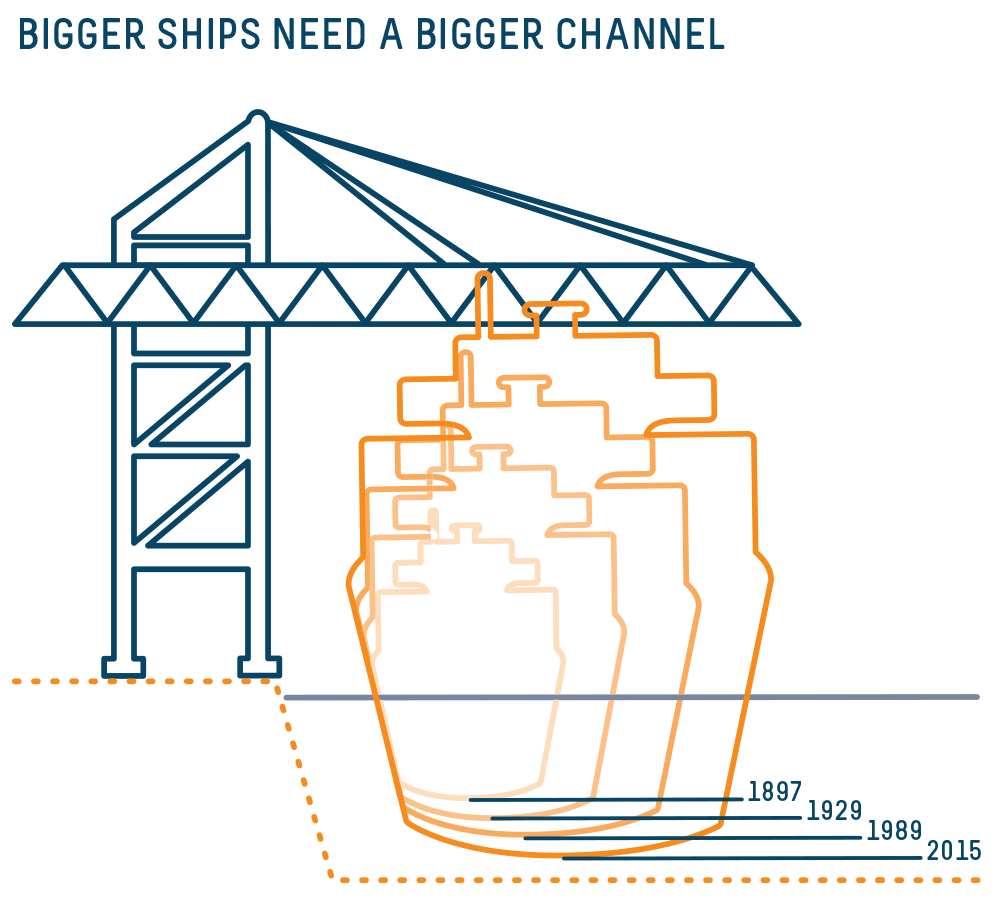 The shipping channel will be widened from its current width of 92 metres to 180 metres at the inshore (Port) end, then taper to 120 metres at the seaward end. The channel needs to be wider at the inshore end, as this is where wind and currents have the greatest impact on a vessel’s manoeuvrability.

The length limit for vessels using the Port of Townsville before channel widening is 238 metres. The wider shipping channel will allow vessels of up to 300 metres in length to safely access the Port.

The Townsville Port Channel Upgrade is a joint project of the Queensland and Australian Governments and Port of Townsville Limited.

The Channel Upgrade forms part of the Townsville City Deal signed in December 2016.

The Project underwent a design refinement process in direct response to submissions received following a public consultation process and the changes that occurred in Government policy and legislation since the original EIS was completed (around the placement of capital dredge material).

An Additional Information to the Environmental Impact Statement (AEIS) dated October 2016 was prepared in response to submissions and the request to provide further clarification on matters raised during the public consultation period of the Environmental Impact Statement (EIS). The AEIS does not seek to duplicate the EIS but rather to complement the existing assessment by providing additional clarification on specific matters raised during the public consultation period, including Project design refinements. 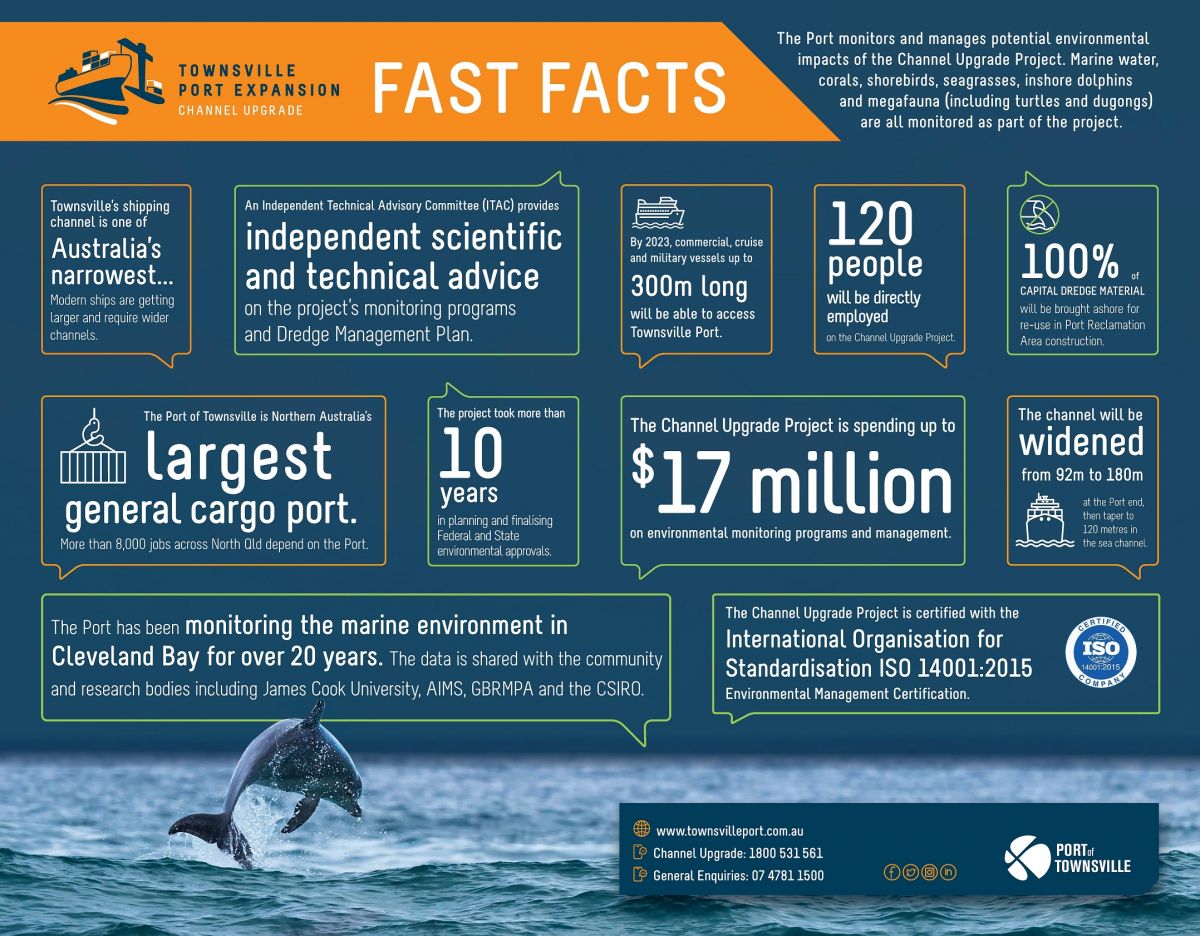 For general enquiries about the Port of Townsville

A Federal Government restriction is current for all international cruise ships entering into Australian waters until 17 March, 2021.