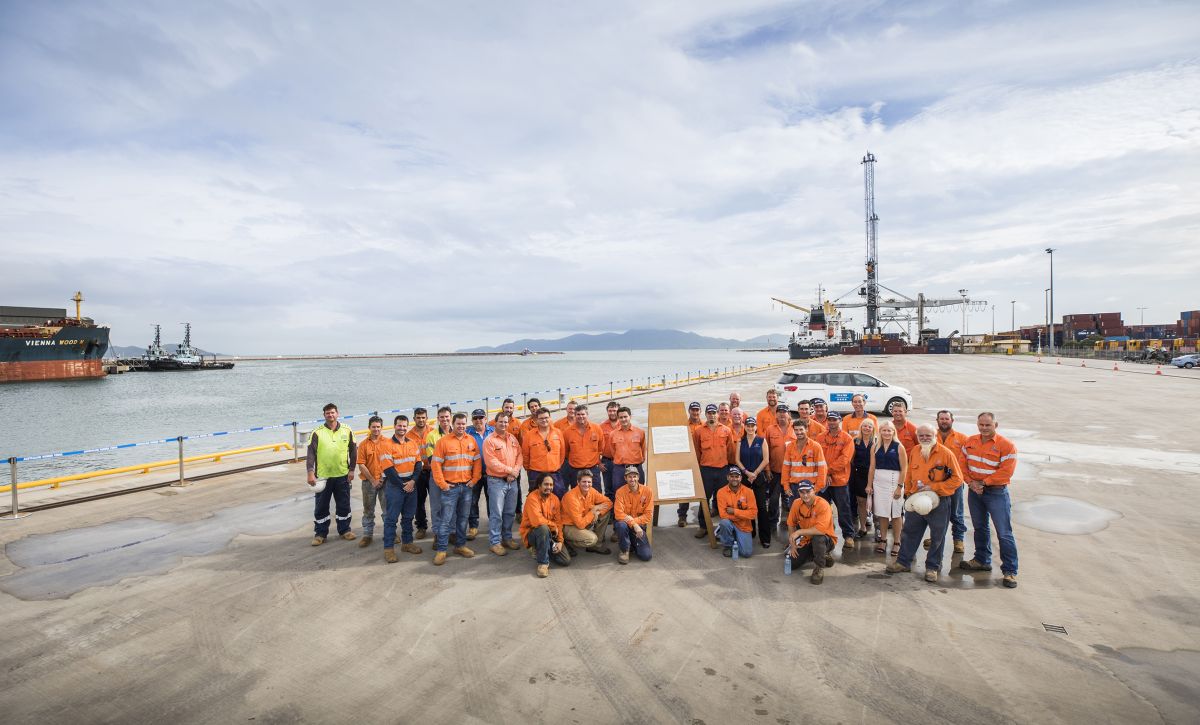 The Port of Townsville's Berth 4 container and general cargo facility has officially opened today after the completion of a $40.7 million upgrade.

The two-year project, delivered on time and under budget, has resulted in a full upgrade of the inner harbour berth so larger vessels can be accommodated and efficiency improved.

The project has doubled the capacity of Berth 4, allowing an additional 2 million tonnes of product per annum, and delivering a 20% increase on current total port tonnage throughput capacity.

Member for Townsville Scott Stewart said the upgrade would lead to more jobs in North Queensland due to the economic boost it would provide the region.

“The upgrade itself generated 100 local jobs, and the next phase, which involves crane investment and cargo handling infrastructure, will generate 35 direct jobs during construction. Berth 4 operations will also support ongoing jobs once the project is complete,” Mr Stewart said.

“This investment is a sign of confidence in growth, and reflects the important role this priority port will play in servicing Townsville and North Queensland,” Mr Bailey said.

Port of Townsville CEO Ranee Crosby said that the successful completion of the project by local company CivilPlus Constructions demonstrated the capacity for large projects to be carried out by local companies.

“It is wonderful to see the berth in use already, meaning more containers, cars and cattle are moving through the port,” said Ms Crosby.

“This latest investment is part of a program of works to ensure international shipping lines have reliable and efficient berth access, giving our customers have efficient infrastructure to handle their cargoes .”

“The next step will be a $27.3 million investment into state-of-the-art cranes and cargo handling infrastructure at Berth 4, which will commence this year,” she said.