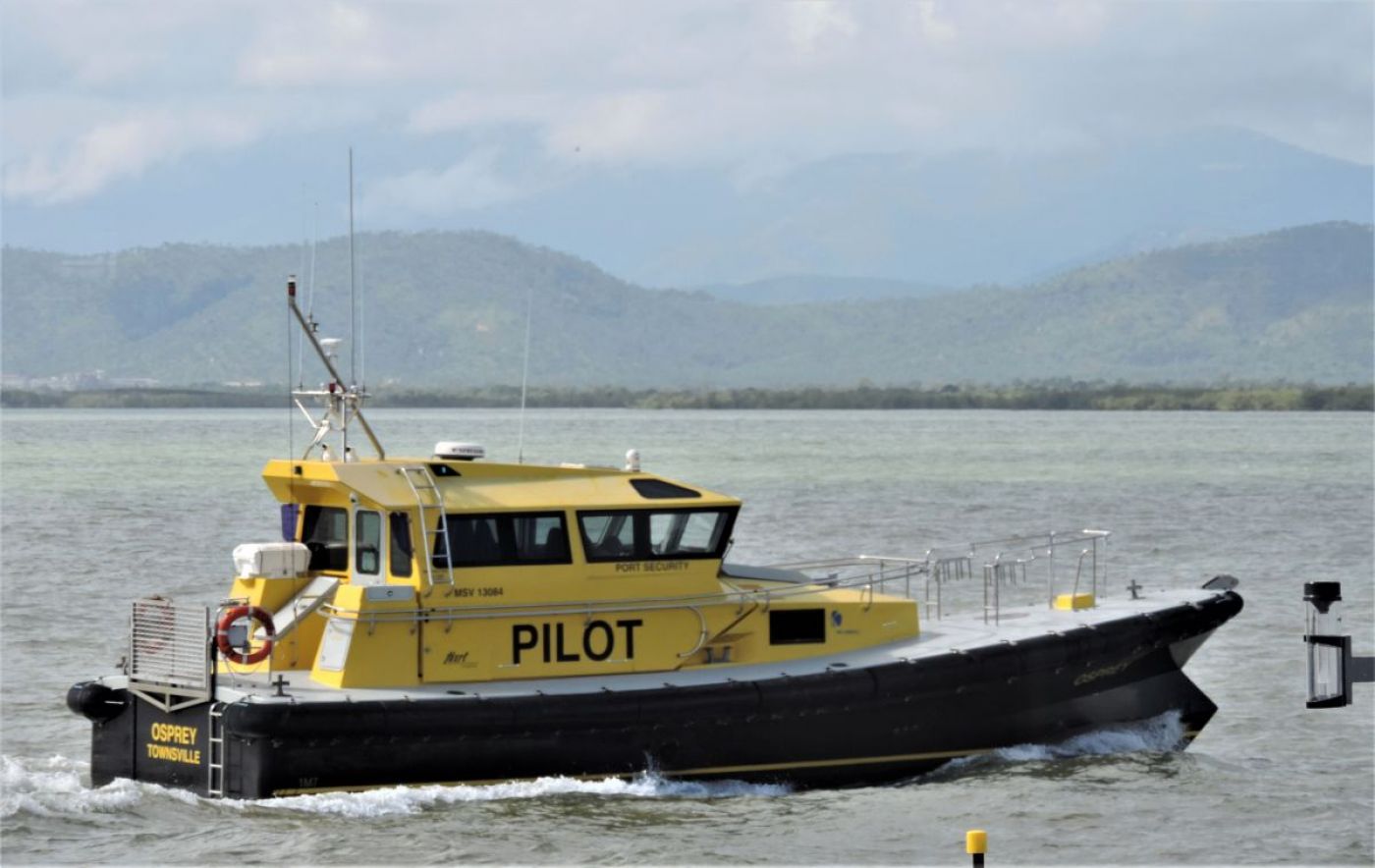 The Port of Townsville, northern Australia’s largest multi-cargo port, is expanding its fleet of pilot boats to four. The Port has awarded Hart Marine a $3 million contract to build a 17.3m ORC vessel that is due for delivery later in 2020. The new high-tech vessel will be slightly longer but have the same design features as the PV Osprey which was delivered by Hart Marine in late 2017. Port of Townsville General Manager Operations Drew Penny says that the new longer pilot boat’s advanced technology and design features will make it a vital asset for pilot-transfers at the Ports of Townsville, Lucinda and Abbot Point. ``Weather conditions at the three ports that our pilot boats service can be unpredictable, particularly in the wet season. It is essential that our pilot vessels provide a stable and secure platform for the pilots to transfer to and from ships 24 hours a day, seven days a week,” said Mr Penny. Design features to be included in the Port’s new pilot boat include the ability to right itself if it capsizes in heavy seas. The boat will also have oversized rudders that give it greater manoeuvrability, wide side-decks that provide more room for pilots, as well as a wave-piercing beak bow to minimise pitching. Every year, the Port of Townsville’s pilot boats undertake 1,200 transfers to and from vessels longer than 50 metres that are entering and departing the Port. The Port’s pilot boats travel 139km north to Lucinda and 200km south to Abbot Point to provide the same service to vessels using those Ports. ``The pilot boat service that we provide to the Ports of Abbot Point and Lucinda adds an extra 700 trips to those that are undertaken at the Port of Townsville. The extra vessel will allow us to provide a better service at all three ports, with less time spent travelling from Townsville,’’ Mr Penny said. Hart Marine General Manager Graeme Taylor said everything about this new boat meets the demands of the work environment of the tropical waters in North Queensland. This includes a cruising speed of 26 knots, a unique wave-piercing bow design to increase performance and safety, and a suspended wheelhouse that reduces noise and vibration. The result is not only increased crew and passenger comfort, but also a reduced risk of fatigue. ``Our customers expect ships to transit without delays, so the all-weather pilot boat we are building allows the Port of Townsville to keep ships moving and avoid delays,’’ Mr Taylor said. ``Our experience in pilot boat construction will deliver a vessel that satisfies the requirements of the marine pilots who guide ships in and out of Townsville, Lucinda and Abbot Point.’’ The Port of Townsville’s increased pilot boat fleet will mean more efficient ship movements, fewer delays as well as reduced costs for shipping companies. The name of the new pilot boat will be announced later in 2020. For more information about the Port of Townsville’s pilot boat services, visit  https://www.townsville-port.com.au/operations-trade/operations/pilotage/