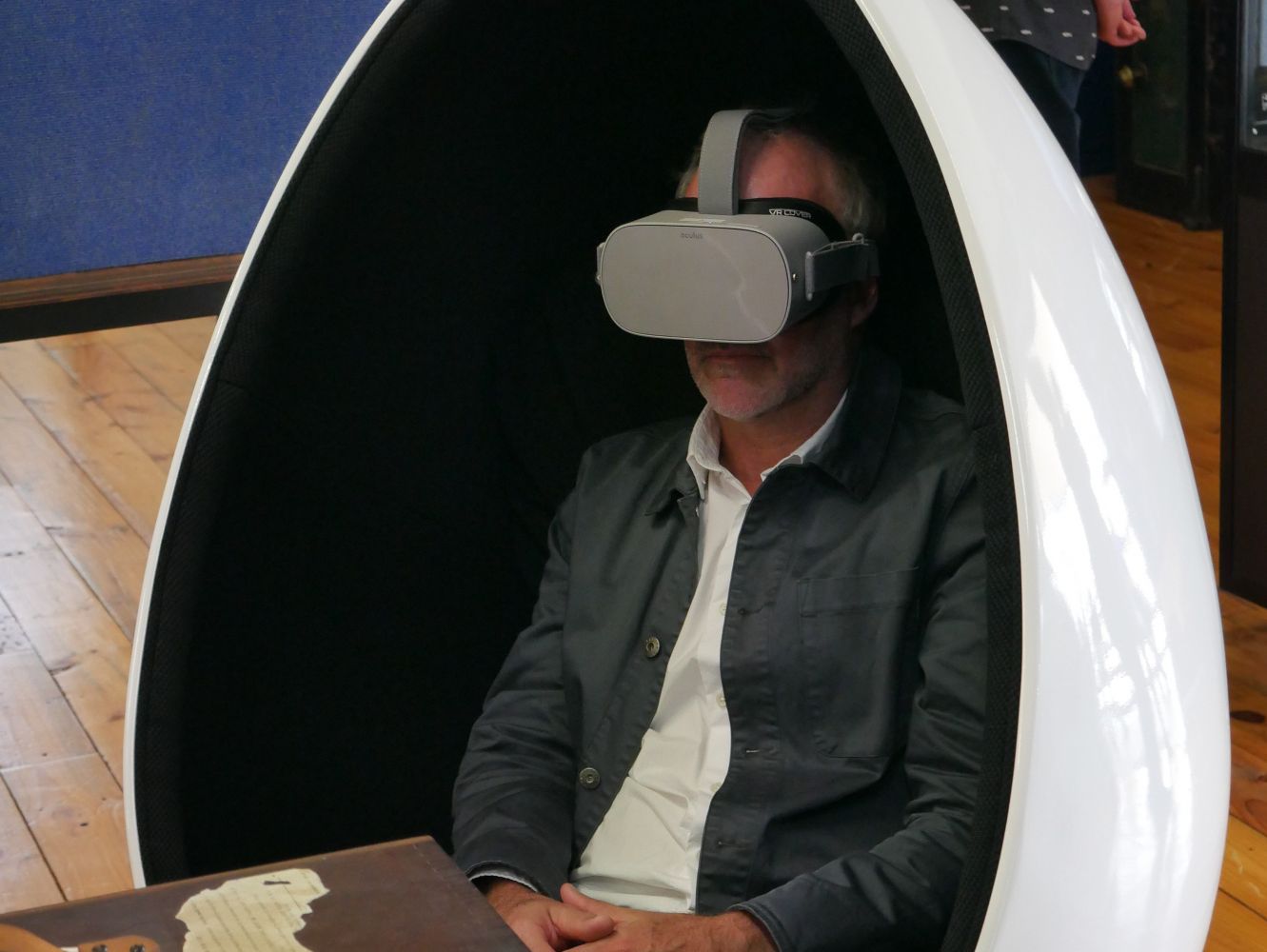 A new exhibition at the Maritime Museum of Townsville is bringing history into the future showcasing the growth of Townsville and the Port over the past 157-years.   Rise of our Port City follows the development of the Port of Townsville – and the city spawned by the Port’s establishment – in a series of fun interactive displays including virtual reality, giant digital games, a virtual vessel tracker and a ship simulator.  Maritime Museum of Townsville Managing Curator Robert de Jong said the new exhibition embraced digital technology to create an exciting, hands-on environment for children and adults to learn about the importance of trade and the industries at the Port in North Queensland.  “We really wanted to strike a balance between education and entertainment as we pieced together this exhibition,” said Mr de Jong.  “Townsville owes its existence to its Port – it was the first business established here and the settlement sprung up around it. Today, we are still heavily reliant on shipping – 98 per cent of all of Australia’s goods arrive via sea – and North Queensland’s mining, farming, retail, construction and defence industries need the port to survive and thrive,” said Mr de Jong.  “Rise of our Port City aims to get people thinking about the Port’s role in their own lives. The combination of traditional museum display panels with VR experiences, videos, touch-screen computers and a ship simulator will hopefully also attract younger visitors such as school groups.”  Displays within the new exhibition include:  A series of virtual reality stories showcasing how the Port operates Videos about activities and events at the Port  A large touch-and-play table with nine educational games  A ship simulator letting users pilot a range of ships into harbours around the world  A live Vessel Tracker providing information on vessels passing through Cleveland Bay  A timeline featuring enthralling stories that have contributed to North Queensland’s development; and  Dusty old ledgers and shipping registers from the early 1900s and a collection of model indigenous watercraft and Port relics  Port of Townsville Chief Executive Officer Ranee Crosby said the exhibition would be a valuable means of further strengthening the Port’s connection with the local community.  “The Port exists to serve communities in the region, as it has done since 1864, so we are excited to welcome the community to share in the rich history and growth of their city port", said Ms Crosby.  "We enjoy welcoming many school groups and service clubs to the Port for tours, and this exhibition provides an exciting and interactive experience to showcase what goes on at the Port and across supply chains,” said Ms Crosby.  “We hope this exhibition will evolve in the years to come as we introduce further displays of port life and reach new milestones in the Port and Townsville’s history.”  The Maritime Museum of Townsville is located at 42-68 Palmer Street, South Townsville and is open 9.30am – 2pm Monday to Saturday.