POTL Chief Executive Officer Ranee Crosby said that the business had focused on continuing to diversify its trade base during 2016-17, as well as progressing critical infrastructure developments to improve port and transport efficiencies and cater for growth.

“Port of Townsville first started trading in 1864 and now supports around 8,000 direct and indirect jobs in our regional community,” said Ms Crosby.

“Our team is very aware of the vital role the port plays in the economic growth and development of the region and their hard work and commitment to ensure our business is successful, even in tough economic conditions, is to be congratulated.”

“One of our focuses during 2016/17 was to continue to broaden POTL’s trade base, with results being seen in several sectors such as agriculture and project cargo, as well as working with shipping lines to increase service frequencies and access to global markets.”

“The $40.5 Berth 4 Upgrade has progressed on-time and under budget, and will provide a critical increase in berth capacity for containers, project and general cargo when completed in December this year.”

“The $1.64 billion Townsville Port Expansion Project reached a major milestone during the year with the submission of the Additional Environmental Impact Statement, which had been in the planning phase for more than 10 years. The $193 million Channel Capacity Upgrade, which is Stage 1 of the Project, will ensure the future competitiveness of our port.”

“Our team also continued to work hard to bring more cruise ships to Townsville, with 2018 set to break records with 19 ships and the first ship turnaround in Townsville.”

“POTL continued to strengthen its engagement with the community and established the Townsville Port Community Liaison Group, as well as retaining its mantle as the “most social” port in Australia, increasing its social media following to more than 20,000.” 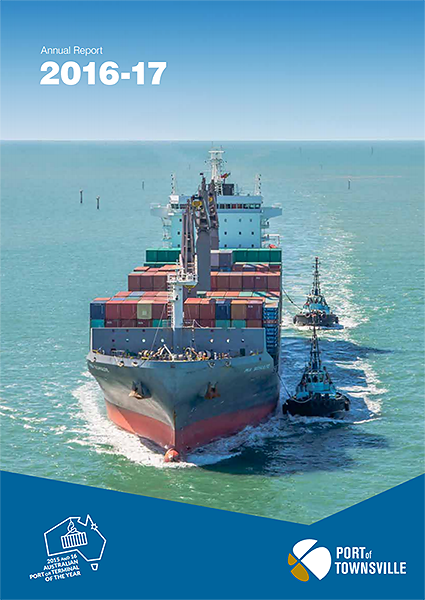