The survey, commissioned annually by POTL since 2007, is carried out by JCU’s Centre for Tropical Water & Aquatic Ecosystem Research (TropWATER).

The annual survey maps areas of seagrass meadows as well as species types and density. Surveyors from JCU record observations at hundreds of sites in Cleveland Bay and track changes over time.

Results of the 2016 survey in Townsville show that seagrasses in Cleveland Bay:

JCU scientist in charge of the program Dr Michael Rasheed said that the results in the report were again very encouraging and showed the ongoing recovery of seagrasses in Cleveland Bay since extreme weather events leading up to 2011.

“Townsville continues to do well in terms of the speed of recovery of seagrasses from widespread losses that occurred around 2011 due to extreme weather events,” Dr Rasheed said.

“Seagrass communities’ health is one indicator that reef managers can use to understand the overall health of the marine environment.”

“The recovery of seagrass also coincides with recent reports of increased numbers of dugong in Cleveland Bay; and given that dugong are almost entirely reliant on seagrass for their food it’s not a surprise to see the two linked,” he said.

“Particularly pleasing is the return of the really dense seagrass meadows that are a critical nursery area for important commercial and recreational fisheries species such as tiger prawns.”

Port of Townsville Limited’s Manager Environment & Planning Melinda Louden said that the ongoing recovery of seagrass communities since 2011 was a great indicator of the environmental health of the bay. “The annual seagrass health survey commissioned by POTL is now in its tenth year and the data it produces complements our other environmental monitoring programs,” Ms Louden said.

“The data is stored and analysed using a Geographical Information System and outputs are mapped to indicate seagrass health for the areas around the port and wider Cleveland Bay,” she said. 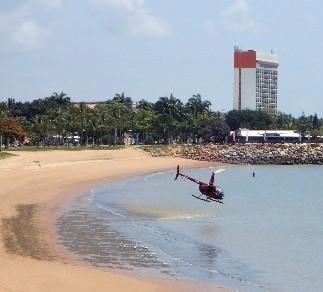 Surveys in intertidal areas use a helicopter to hover within a metre of the seagrass bed to record data (see pic). Sub-tidal areas are surveyed using a combination of snorkelers, CCTV cameras and underwater sled tows which collect samples and images for analysis.

The Seagrass Health Study Program is part of a network of seagrass monitoring along the coast of Queensland conducted with funding and support from Queensland ports.

The monitoring partnership with JCU has spanned more than 20 years and provides a substantial contribution to the understanding of seagrass health across the state.

A full copy of the survey is available on here. 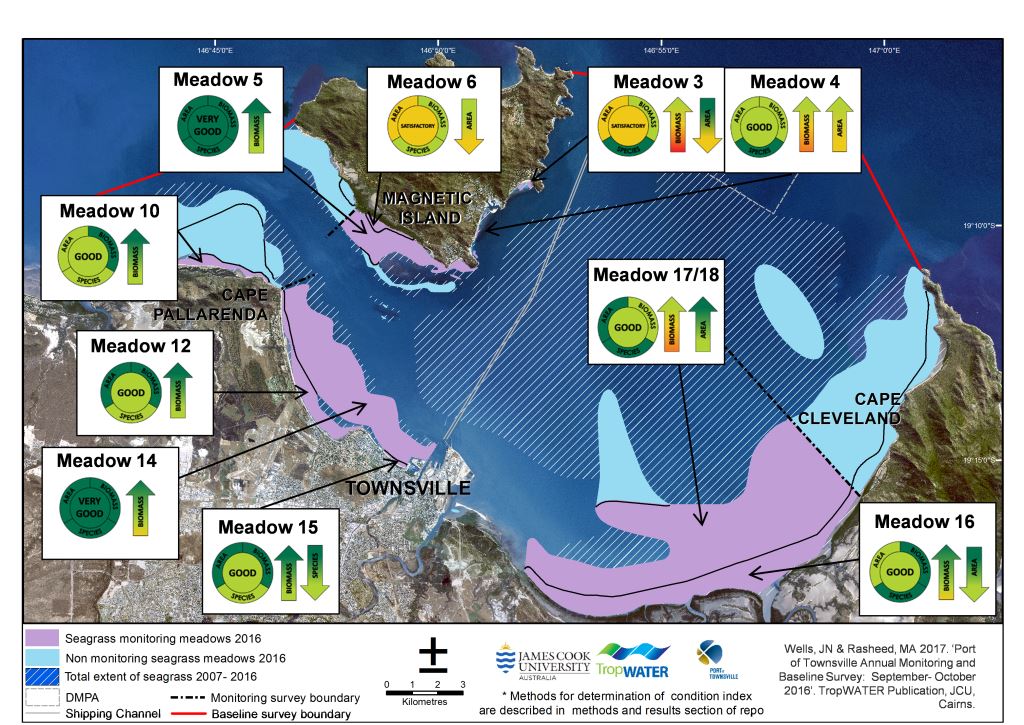