Container shipping line ANL will begin direct services from Townsville to Malaysia, Singapore and Jakarta this week, offering some of the fastest transit times available from Australia.

ANL is part of the CMA CGM Group, the third largest container shipping line in the world, and offers shipping services across the globe.

Port of Townsville General Manager Business Development Claudia Brumme-Smith said the expansion of ANL services from Townsville only three months after re-entering the market was great news for North Queensland importers and exporters. 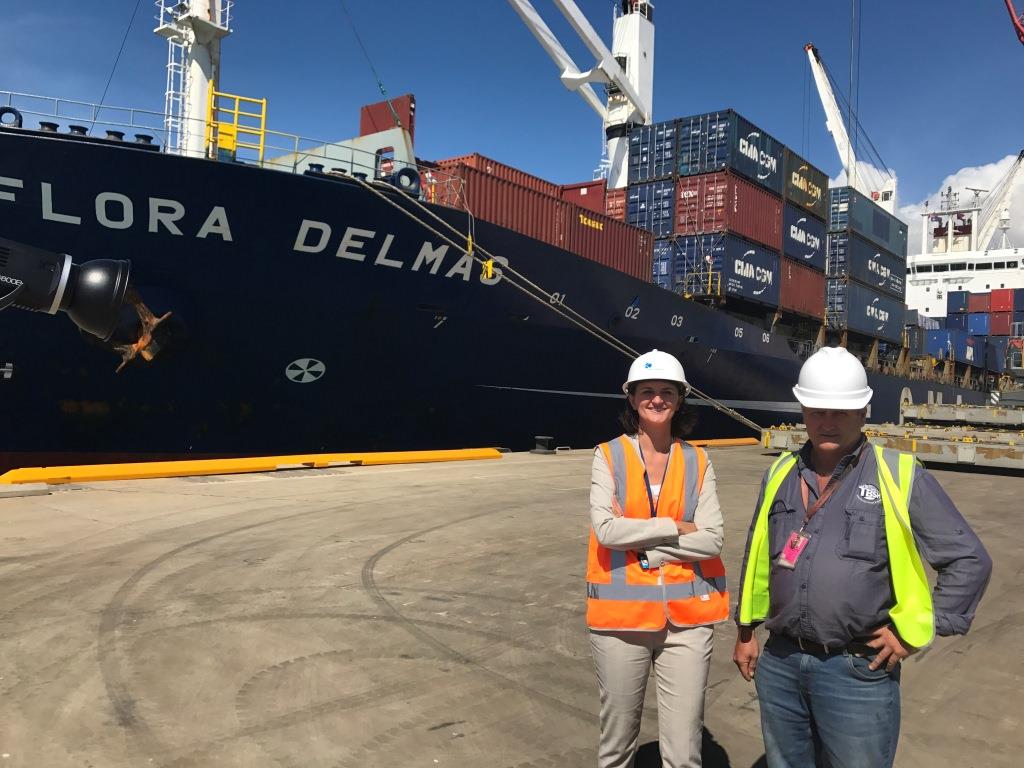 “In April this year we were delighted to welcome ANL back to our port as they commenced a new container service between Townsville and Papua New Guinea, one of our major trading countries,” said Ms Brumme-Smith.

“The announcement of further service enhancements between Townsville and Malaysia, Singapore and Jakarta, demonstrates ANL’s confidence in the North Queensland market.”

“Singapore is a huge consumer market and a “non-protocol” market for horticulture, offering excellent access for Australian premium food products.”

“That means growers in Northern Australia can export locally grown fruit and vegetable products such as avocados, mangos and melons, which are in the top 10 of Singapore horticultural imports, without market access restrictions.”

“Agricultural producers will be able to export their produce directly to both Malaysia and Singapore markets with super-fast transit times of 10 days to Port Kelang, 12 days Singapore and 14 days Jakarta with a service that operates every 16 days.”

“Singapore is set to be one of North Queensland’s most important trading partners as the Australia/ Singapore Defence alliance develops over the next century.”

“This is about boosting trade and jobs for North Queensland and it’s exciting to see ANL leading the way,” Mr Pitt said.

“The Townsville Port is northern Australia’s primary container, general cargo and automotive port, and in 2015/16 handled around 10 million tonnes of product worth over $10 billion.”

“It is an important gateway for trade and to progress this project, we have been working through a comprehensive environmental approval process and developing a business case.”

“The long-term certainty of import and export capacity of the Port is essential for the region to attract major private investment into growth areas such as new or expanded mines, agriculture precincts and value-adding service industries.”

Minister Assisting the Premier on North Queensland Coralee O’Rourke said ANL’s entry to the Townsville market was an indication of market confidence in Northern Queensland.

“The Port of Townsville is ideally positioned as a premier trade and logistics hub for Northern Australia,” Ms O’Rourke said.

“Townsville now has new global shipping connections which is great news for the North Queensland economy and local industry.”

“We are pleased to upgrade our services and offer North Queensland direct connections to South East Asia from Townsville,” said Mr Schultz.

“Our service is run with multi-purpose vessels and therefore caters for containerised exports and imports as well as project cargoes”, he said.

“The direct connection to major transhipment hubs in South East Asia, means customers now have easy reach to ports around the globe.”

ANL’s container services typically carry freight such as solar farm equipment, household items and retail goods. Their services will also cater for refrigerated and project cargo to and from other parts of Australia and the world.

ANL is global carrier and part of the CMA CGM Group, the third largest container shipping line in the world.  Its headquarters are in Melbourne with regional offices and agents around the globe, offering shipping services to all worldwide destinations, with coverage throughout Asia, Europe, North America, Mediterranean, Australia and NZ, Papua New Guinea, Indian Subcontinent and Middle East/Gulf.