The campaign theme provides a unified direction to guide and galvanize continuous collective action, with #BalanceforBetter activity reinforced and amplified all year.

Gender balance is essential for economies and businesses to thrive. Some of our women leaders tell us their experience.

Naomi Smith can’t believe her luck. Far from the stuffy confines of a lab, she never thought her science degree would have her out on the water, with a boat full of equipment to collect crucial data on the health of local waterways and Cleveland Bay. “Every day is like a field trip,” she says. “I’m working out in the field, problem solving and collecting data for our environmental monitoring programs.”

Naomi is one of seven women who make up most of the team of scientists and specialists in the Port’s Environment and Planning Team. They collect data on everything from water and air quality to sea grasses, corals, turtle and dugong populations, sea birds, and inshore dolphins. The Port’s location at the mouth of Ross Creek gives the Environment Team immediate access to Cleveland Bay to monitor the marine impact of Townsville’s urban development, as well as weather events such as cyclones and the recent Townsville floods.

“No two days are the same,” Naomi says. “I really love the boat work. There are ten environmental monitoring programs running at the Port so I’m often out on the water collecting data and checking the equipment.”

The Port of Townsville has been collecting a range of scientific data from Cleveland Bay for over 20 years, amassing a valuable resource for tracking the health of the local marine ecosystem. The collected data is shared with scientific bodies for analysis.

Patricia Elder, Environmental Advisor for the Channel Upgrade project, says that keeping the local waterways healthy is a joint effort, and so data sharing is essential. “We work with bodies such as James Cook University, the CSIRO and the Australian Institute of Marine Science,” she says. “This is to make sure that the best scientific minds in the country are working to optimise the sustainability of our waterways into the future.”

The Port of Townsville is proud to be a leader in gender equity and Balance for Better. The Port has its first female Chair and female CEO in its 154-year operating history in Renita Garard and Ranee Crosby respectively. Women comprise 40% of the Board of Directors, and nine women hold senior management roles. In 2018, The Port of Townsville was proud to take home the Diversity Award at the 23rd Annual Australian Shipping and Maritime Industry Awards in Sydney.

Many people would be surprised at the number of women working at the Port of Townsville, but Naomi sees increasingly more women entering and benefiting the sector. For women considering a career in ports and marine services, she says “Just go for it. I find it’s a global connection from a local industry point of view.” 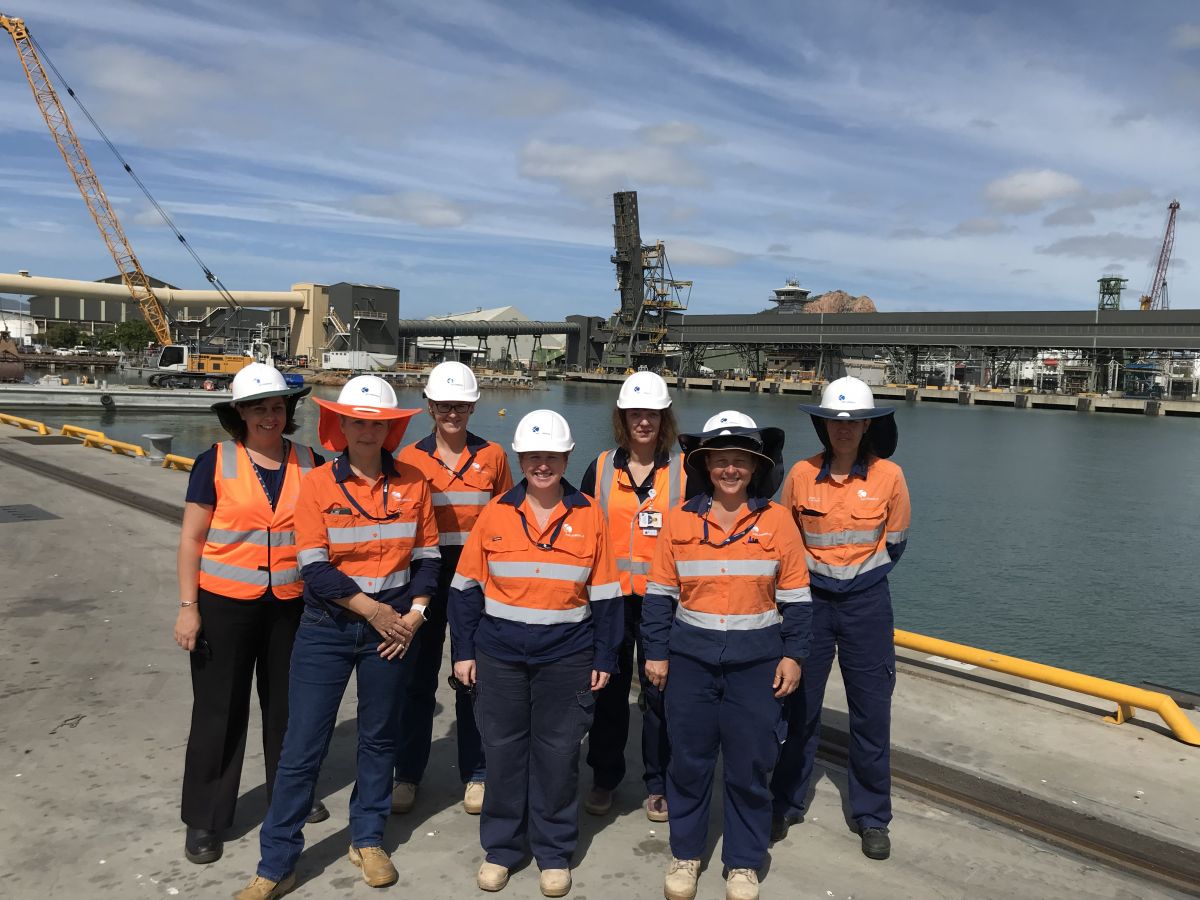